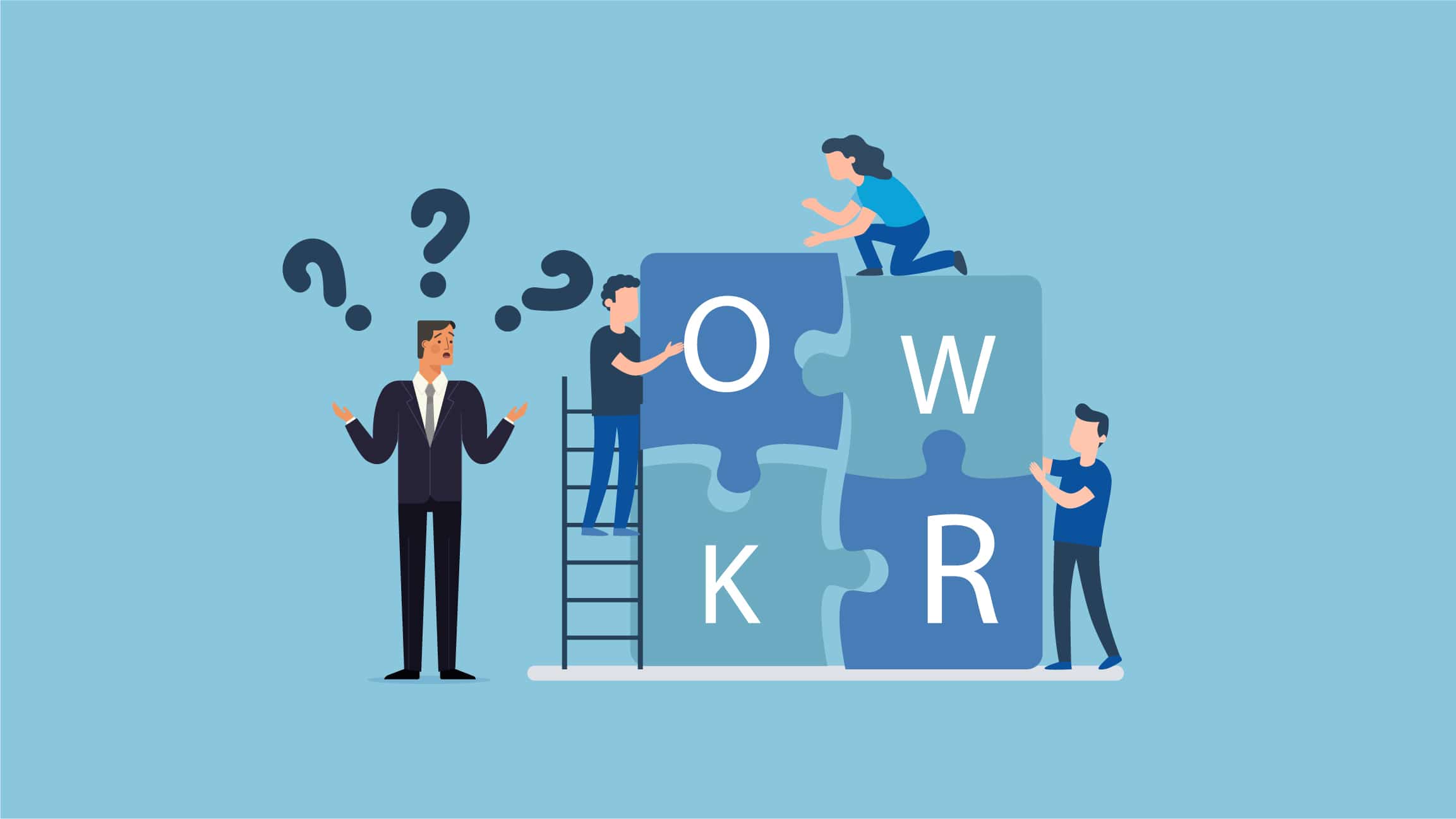 What is wrong with the way we work?

What is wrong with the way we work? Or let me rephrase this, Do you get any work done these days?

You step out of the house ready to face the day head-on, only to hit the road and deflate while you waste precious hours trying to reach your office. And if you’re the one driving, you’d probably end up cranky even before you get started.

Just as you settle down and power your laptop, your manager steps in to check on you, your colleague wants to catch up, you make your escape just in time to squeeze into your meetings. Before you even realize, you find yourself going for lunch. You pump in a few coffees hoping caffeine can gift you some productivity, but of course that doesn’t make any difference.


Table of Contents
The truth is we struggle to get our work done.

The system of work is outdated

‘Work’ reached a uniform structure, across occupations, industries and geographies and the concept of shift was established.

Two centuries later, when apps and automation take the brunt of work while our brains are supposed to create the systems to pace forward, we’re still stuck to the same template expecting better results faster.

Does anybody like the work day anymore? Getting out of bed is a pain. Rush to the office by eight in the morning. I don’t even have words to describe how annoying commute is. Staying until five, trying to get some work done. Five days a week. With two rest days. Then back at it again, every week…

We complain about it enough, but we don’t do much to change it.

Yes, we do need the pay check at the end of the month.

But that’s not the only reason we work right?

Work and life has become one tangled mess

Forget work life balance. For a moment, think about what work means to you.

Almost all of us derive the meaning of our lives from the work that we engage in and it forms a huge part of our identity. It’s easy to notice that if the work we do is not fulfilling enough, every single part of our life is severely impacted.

Work is meant to challenge us, inspire us and make us feel like we are serving a purpose out there. If it fails to do that, it starts to feel like something is really wrong there.

Unfortunately, a large majority of people feel like that every single day!

According to report by Forbes, only 13% of employees globally are actually engaged and emotionally invested in their work.

Frustration from work comes from many things. Long commutes, not enough growth opportunities, lack of good culture within the company, the list goes on.

But there are a few things specifically that are broken about the way we work today that leads to low productivity and motivation levels and a general feeling of dissatisfaction.

No control on your own time

The rule of clocking hours, as we mentioned, has its origin in the industrial age. Back then, most of the work was mechanical so hours determined overall productivity.

In today’s time and age where most work is skill-based, technology allows you to work from anywhere. Imposing such a rule gives a feeling of being trapped in a building while looking at the watch every now and then.

It just doesn’t make sense when there are just so many things that you would rather do with your time!

You might want to attend your kid’s football game, spend more time with people who matter to you, or enroll for that guitar class you have always wanted to join. But you can’t, because you’re never back from office in time to attend any of them.

When work takes away the freedom to control your own time, is it surprising that it gets frustrating?

The question we should ask ourselves though should be this. Can we imagine a better way to work?

We’ll get to that, but I’m not done with the issues.

Lack of a purpose-driven work culture

Look around you. How many people really feel connected to the work they do? Does their work excite them and fill them with fire? Or is it just a part of their life that lets them earn enough to enjoy other things that they ‘really’ like?

Not to generalize or judge, but there has been a tendency among people to look at work as some depressing part of their life.

According to global statistics, nine out of ten people do not like what they do in their jobs. Talking specifically about America, out of ten, one person likes their job, six of them think ‘Eh! It’s not killing me’ and three out of those ten really really hate their job!

People go to their offices, do the work assigned to them, clock their hours, leave. A sense of passiveness sets in, initiatives slowly takes a backseat, the will power tapes off even further to the point that turning up for work itself becomes a mountain to climb.

We have a word for it too, ‘Monday blues’. Barely getting through the week and living for the weekends.

But what if there were no Monday blues to face?

“People who think there are significance and meaning in the work that they do are more than three times as likely to stay in their job.” — Celeste Headlee. The feeling of accomplishing a mission can make them feel motivated throughout.

So why isn’t that the usual case? Because the culture in organizations is not set to create meaning, there is a lack of alignment with the bigger purpose of the organization.

Here comes in the need for a strong purpose-driven work culture where people feel like they really really matter in the organization they belong to and play a meaningful role there.

You don’t control your growth

Most self-motivated people want control over the growth curve of their life and want it as steep as possible. Being in an organization where there is no clarity about what is needed to make it to the next level leaves you wondering if your efforts matter.

People quickly grow frustrated by the annual rating and appraisal system of organizations – it doesn’t seem to do justice to their work. With no clarity about promotion or any other sign of growth at work, the feeling of being stuck sets in. And nobody likes feeling stuck!

Performance appraisal is one of the most dreaded and hated processes for managers and employees.

Research has shown that two-thirds of the employees receiving the top scores in performance reviews are not actually the top performers. Only 23% of the HR leaders recently surveyed say that they are satisfied by the outcome of their organization’s performance evaluations.

Recently, Deloitte found out that they were wasting two million man-hours each year on faulty reviews!

This lack of transparency is hurtful for the growth of the organization. Often the people who are motivated to work get discouraged when they don’t receive good ratings and end up losing their will to work.

Using data, metrics, and self-evaluation methods to gauge a person’s growth and then engaging in regular conversations to offer constructive feedback is a much better approach.

According to a study by Inc, 44% agree that replacing annual reviews with ongoing, real-time feedback would be the best.

Not enough breathing space to be YOU

Most organizations pay little attention to the mental health of people who work with them. As humans, we are bound to have our highs and lows. But the lack of flexibility somehow makes it mandatory to show up at the office no matter what.

In a famous TED Talk by Tony Schwartz, he debunked the myth that “We are meant to run like computers; at high speeds for long periods of time”. He emphasized that renewing our personal energy is just as important as expending it.

Confining to a certain space for a set amount of time also hurts the creative problem solving abilities of a person as creativity is not a time bound skill.

Sometimes, to solve a problem, inspiration is needed that can be found by connecting to people outside the workplace or through working from a new surrounding. While working, people must have the capacity to think and act global.

After all, it’s not the assembly line that we are working on!

Not suitable for women

For a working woman today, raising a family could mean years of lag in her career. And the fun fact is this could easily be avoided through remote work and flexible hour work setup.

Women lose out after a child is born and the hit to their career multiply as they have more kids.

One study conducted by University of Massachusetts sociologist Michelle Budig, found that women lose about 4% earnings per child.

She says, “The motherhood penalty increases as children age. It’s not like you immediately get a lower-paying job, but you miss out on the next promotion. Either you don’t get the next raise or your performance is evaluated lower. How pregnancy or the possibility of pregnancy is perceived in the workplace is potentially a problem for all women as it’s a bias that’s applied to all women”

Though this is how it has been for a long time, now with all the right tools and technology available. We can ensure that women can contribute to their roles effectively without having to show up at the workplace.

It’s impossible for society to progress without allowing women to participate well.

According to McKinsey Global Institute’s November 2015 study “The Power of parity” advancing women’s equality can add $12 trillion to global growth.

It’s high time we change it all

Imagine roads that are not jammed because there are no ‘peak hours’. Imagine actually owning your time and living in a way that makes sense to YOU.

Want to make it more exciting? Imagine your day starts with a swim in the Bahamas. You have a coffee and you are all set for your meeting with team members sitting in Bangalore, Berlin, and Austin. You complete your work, go for an afternoon game and come back to answer your clients in Melbourne and Tokyo. Finishing your day with a long walk on the beach, you are all set to shine the next day.

“One-day offices will be a thing of the past.” - Richard Branson

Flexible work hours and the ability to work from anywhere in the fundamental change that is empowering people to live more meaningful lives.

With self-actualization becoming a priority, as much as 40% of the American workforce will be working as a freelancer or independent contractor by 2020. A feeling of fulfillment will inspire them to drive better results at work.

I believe deep in my soul that if everyone lived and worked their passion and woke up excited to do their great work, the world would be a fundamentally different place.” - Scott Dinsmore, founder of Live Your Legend

The Advantages of working from home : Why Working Remotely Isn’t Just Because of the Pandemic