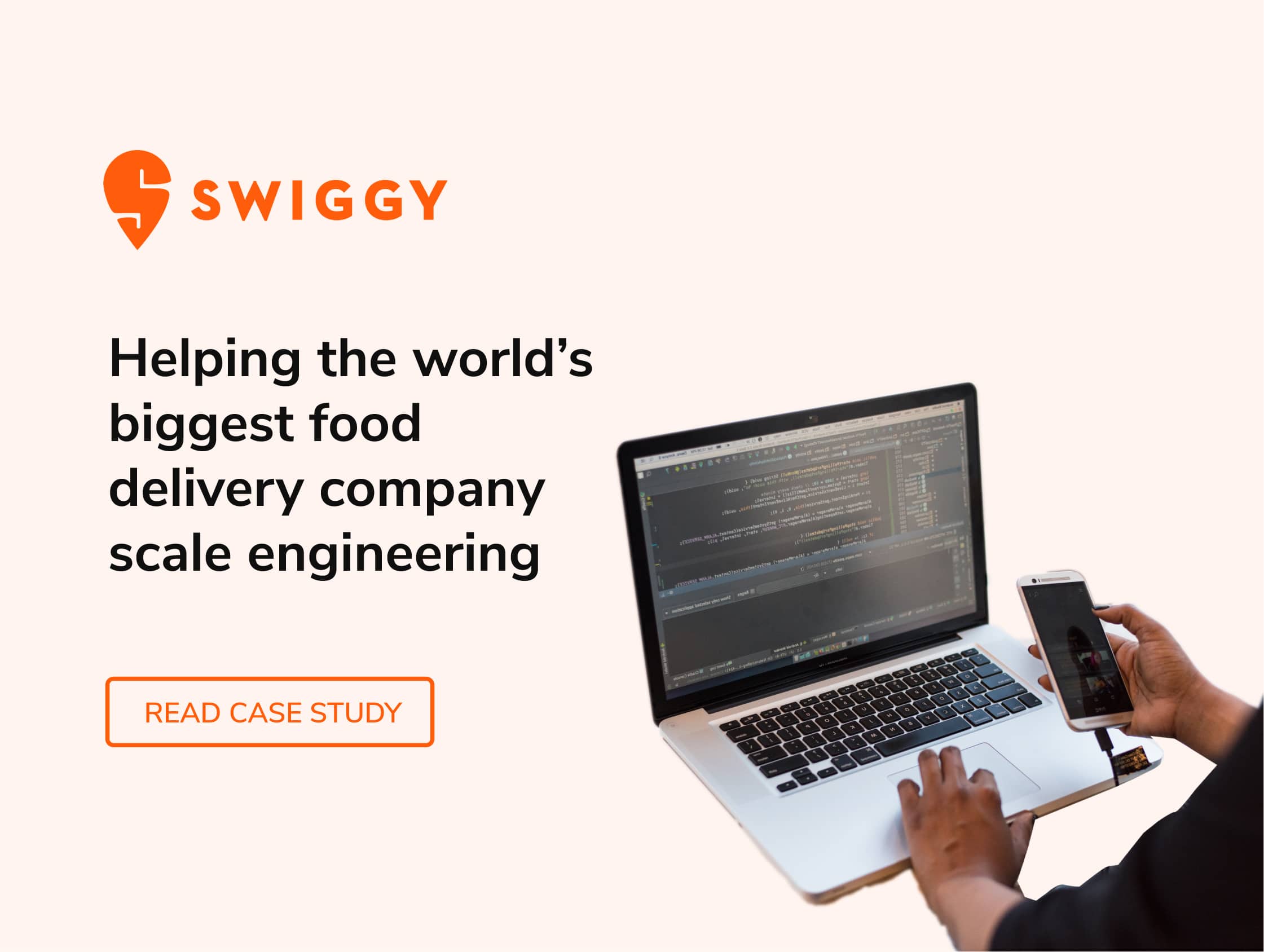 Swiggy is an on-demand food delivery platform that brings food directly to users’ doors enabling them to order food with speed and convenience. It made its mark in 500+ cities and a staggering fleet of 225,000 Delivery Partners and 160,000 restaurant partners. Swiggy became a part of the unicorn league in 2018, making it one of the fastest unicorns. The company is currently valued at $3.6 billion.

Swiggy was a late market entrant to an already overcrowded food tech market when it started shop in 2014. Four years later, it joined the acclaimed league of unicorns, becoming India’s fastest unicorn. How did Swiggy manage that? Through its unwavering focus on logistics, leadership, and technology. Along its sprint, it beat the older established competitors like Zomato and Foodpanda and drove its peers to the ground.

Skip forward another four years, Swiggy and its contender Zomato were neck-to-neck in the food delivery battle. Both Zomato and Swiggy have redesigned their complete app layout for better UI. Swiggy’s design won this round enabling the users to explore their options faster and uncluttered.

Zomato opened fire when it announced its zero-commission model, which could cripple Swiggy which charged 18% to 20% commission from partner restaurants. Swiggy, which already had superior logistics and its own delivery chain, looked to its tech for an edge.

Our Journey with Swiggy

Our journey with Swiggy started in August 2018 when we placed two DevOps engineers.

When Swiggy launched its new offering, SwiggyGo in October, the robust app successfully clocked nearly 1.4 million food orders. This meant revamping the app for better experience and scale which in turn meant increasing the capacity and capabilities of their engineering team. Crewscale was the obvious choice. Our partnership continued, adding 4 more CrewScale engineers by the end of 2018.

Swiggy expanded its service portfolio, it now delivers groceries in addition to food delivery and operates the Swiggy Go service, a drop-off and pick-up service for things like laundry, documents, and forgotten items. We continue this fruitful partnership to reach bigger milestones in 2020.

Crewscale could address the very specific challenges companies face when hiring the right talent. We understand the strategies, operations, and culture at the root of the organizations. The handpicked talent pool and the rigorous testing through 100+ skill tests and project-based assessments ensure that our talent not only has the technical skills but cognitive abilities and specific domain expertise.

In less than 2 months, we closed 15 engineering positions!

“Crewscale came up with a unique approach in sourcing candidates with strong technical skills. As our technology partner, they were crucial in building multiple tech teams at Swiggy” – Dale Vaz, Head of Engineering and Data Science, Swiggy.